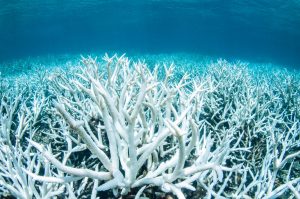 The Great Barrier Reef – The largest and once the healthiest eco reef system in the world is experiencing its most widespread coral bleaching event from the past few year, according to scientists who say record warm temperatures and warming oceans are threatening its fragile corals. This is the sign that global warming is real, and if we don’t do something about it, our next generation might not be able to see any of our beautiful corals anymore.

Saving Our Reef One Frag At A Time 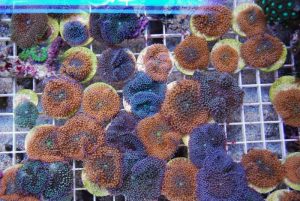 We pride ourselves as the First land base coral farm in Malaysia, as crazy coral lovers ourselves, we saw how the worldwide fragile reef has been suffering from climate changes, overfishing, temperature fluctuation and human activity.
Sadly there might be a chance where our fragile coral reef will no longer be able to sustain itself anymore.
By aqua-culturing corals ourselves, we hope to reduce or ultimately remove the need for wild corals being harvest from our reef to meet the demand of the market.
Our land-based coral farm is the first of its kind and aims to speed up the process of coral restoration—as climate change increases the frequency and severity of coral bleaching events. Currently, most coral farming is done hyper-locally and in the ocean. 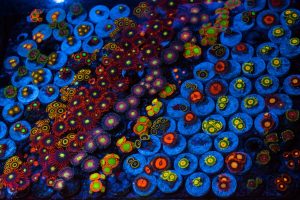 One of the most ingenious way to grow and multiply live coral is the process of fragmentation. In the nature ocean, corals is propagated though larvae that is released into the tide. Some of the coral larvae reaches a spot where they settle and form a new coral. This natural fertilization process is largely dictated by chance; like the ocean currents, and other whims of nature.
Only a fraction of larvae ends up as a coral on some rock formation beneath the ocean waves. However, this process is slow and the whole growing up process could take years before the corals are fully grown.
Through land base farming, we are able to employe various method for example mico-fragmenting that spoil corals into many tiny pieces and speed up it’s growth. In a controlled environment, we are able to induce ways to modify various water parameters that is able to speed up coral growth or better coral coloration. 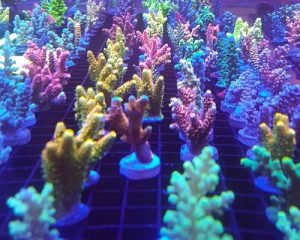 It is a bit like growing a tree from a limb cutting. Something gardeners have done for centuries, if not for millenia. All that it needs is one single specimen, that originally would have been taken from the wild, through land base farming, we are able to grow corals in a sustainable manner that does not require any further collection of corals from the wild.

Coral culturing is a time consuming and painstaking process, and not without it setbacks as well. The scientists are trying to find way that is able to manipulate the evolutionary process of the coral to make it more resistant to warming oceans, and we believe that land base coral farming through the use of technology and method provide the way that we are able to produce next generation of coral that is able better to climate changes.
We hope that through the sustainable farming process, every little corals that we grow and supply to the market could also mean one lesser corals being taken out from our ocean.

Get all the latest information on Events, Sales and Offers.